The first Southwestern Regional Vice President was Bro. A. Maceo Smith. Who also served as our 17th General President.

The Alpha Sigma Chapter seated at Wiley College is the oldest chapter in the Southwestern Region, chartered on April 6, 1925. 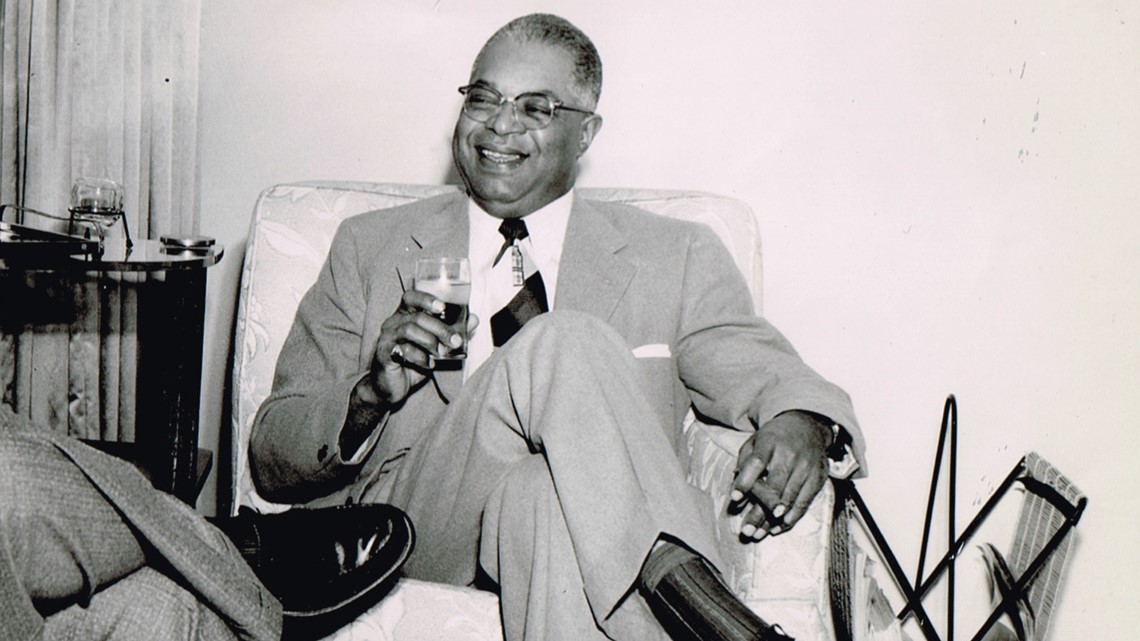 In 1953 the fraternity was seeking to purchase a building to house the national headquarters. Under the presidency of Bro. A. Maceo Smith, at the 39th General Convention it was voted to purchases the property belonging to Xi Lambda Chapter in Chicago, Ill. "I think of a home away from home..." said A Maceo Smith when asked about purchasing the property.

Under 18th General President Frank L. Stanley, at the 40th General Convention in Miami, Florida, the brothers approved an amendment to the constitution, changing the name "Lay Member," which was designated for a college brother serving with each region's Vice President, to "Assistant Vice President." This change was initiated by the Commission on Reorganization just a year prior, chaired by 7th General President Bro. Howard H. Long, after college brothers at the Undergraduate Workshop during the 39th General Convention in Detroit, Michigan, proposed the change asking for a more significant and more important place in the fraternity. During this time, equality amongst African Americans was at an all-time high in the country, and that equality rippled through college brothers in Alpha Phi Alpha. They were eloquently seeking equality amongst the alumni brothers. Thus the first Assistant Vice President title was created. 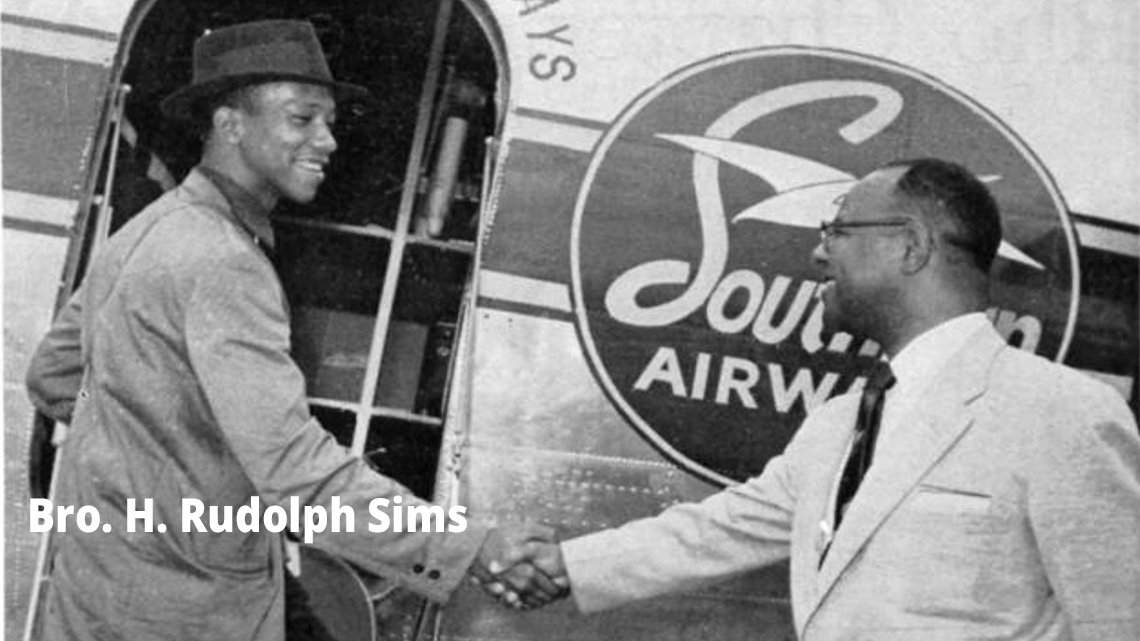 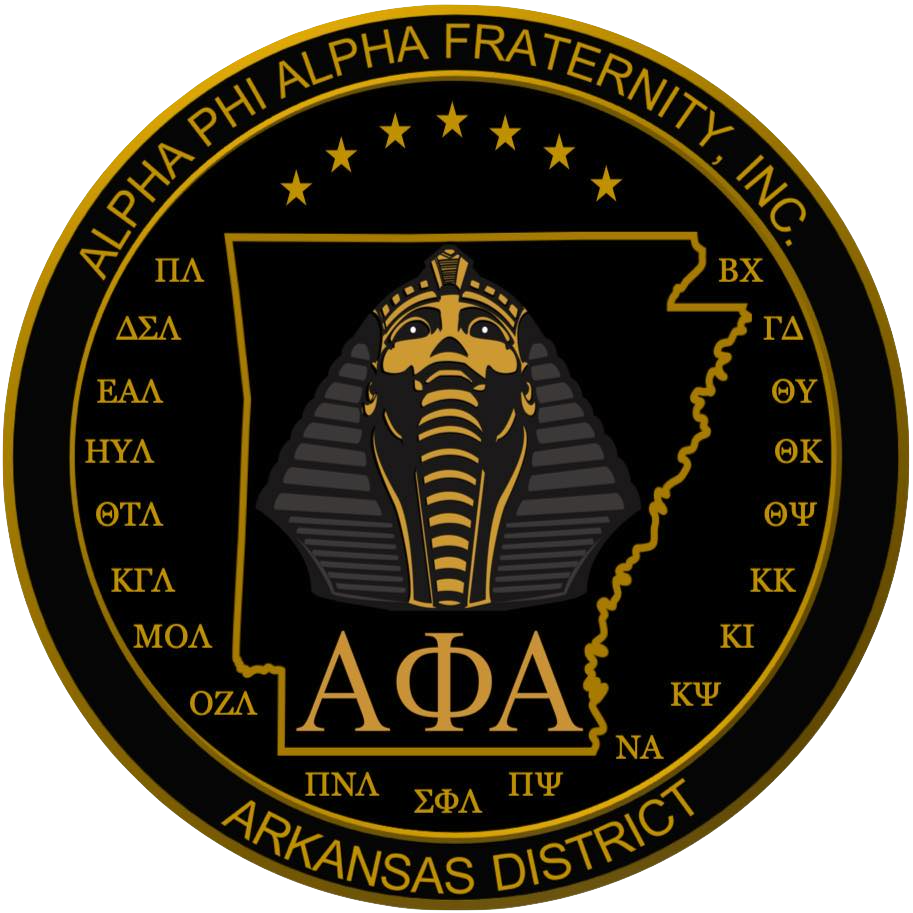 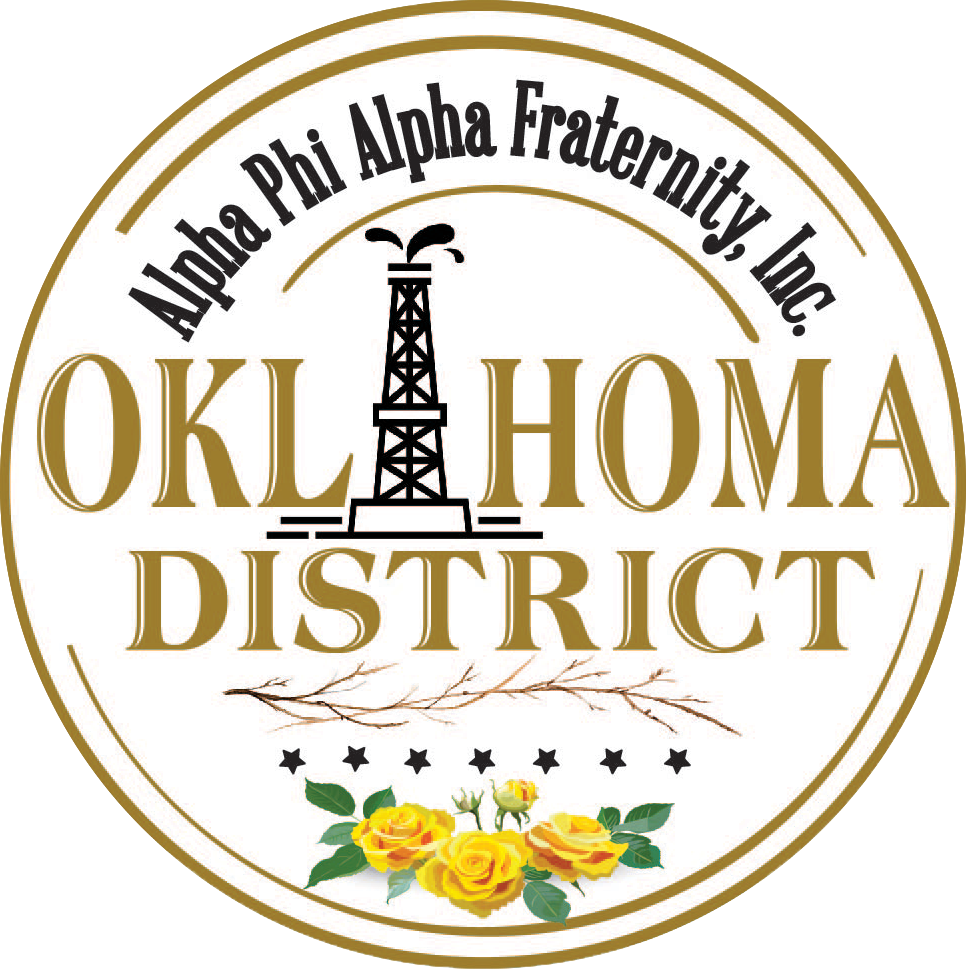 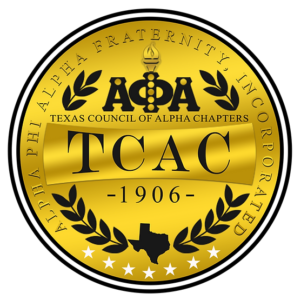 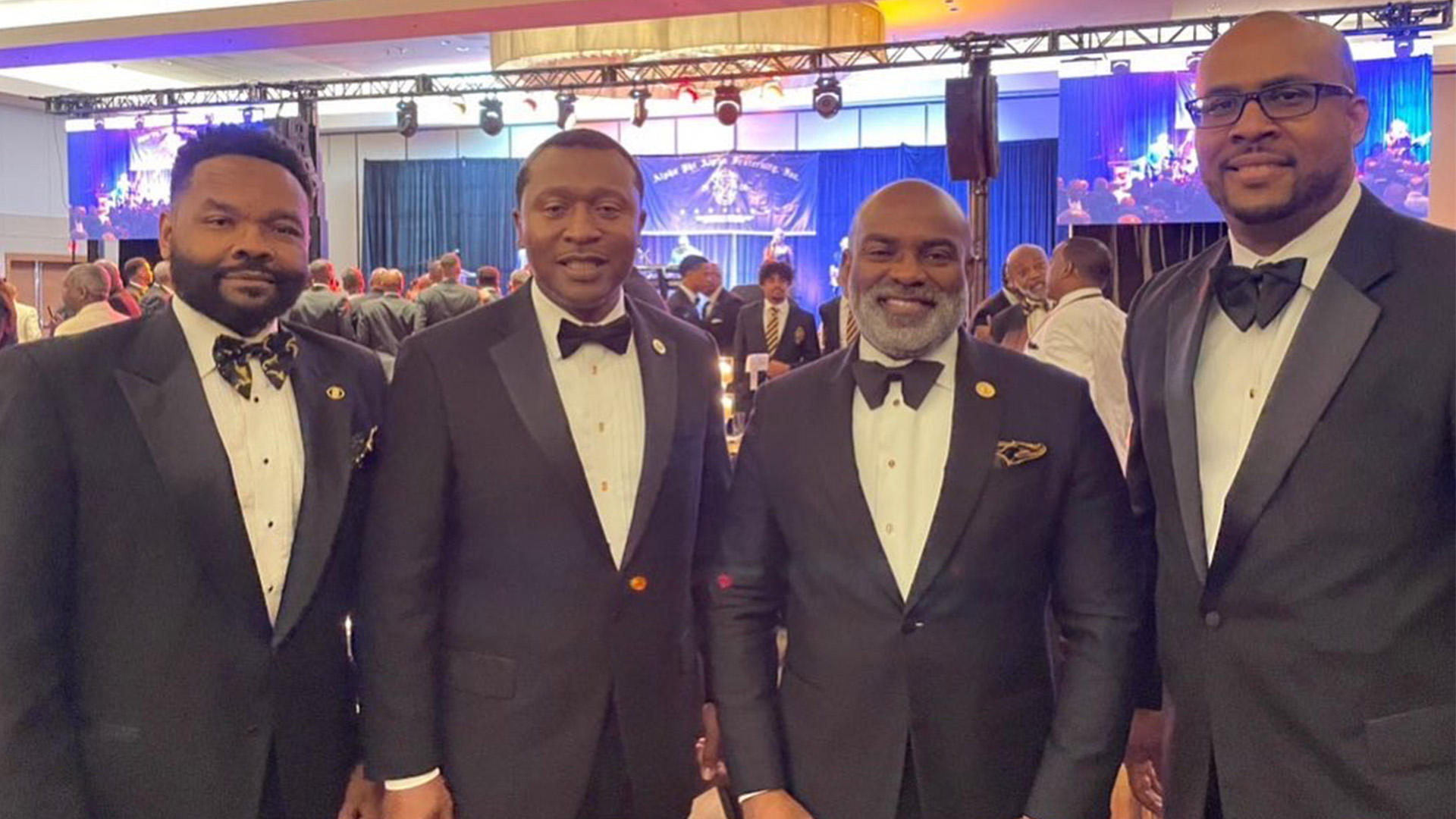 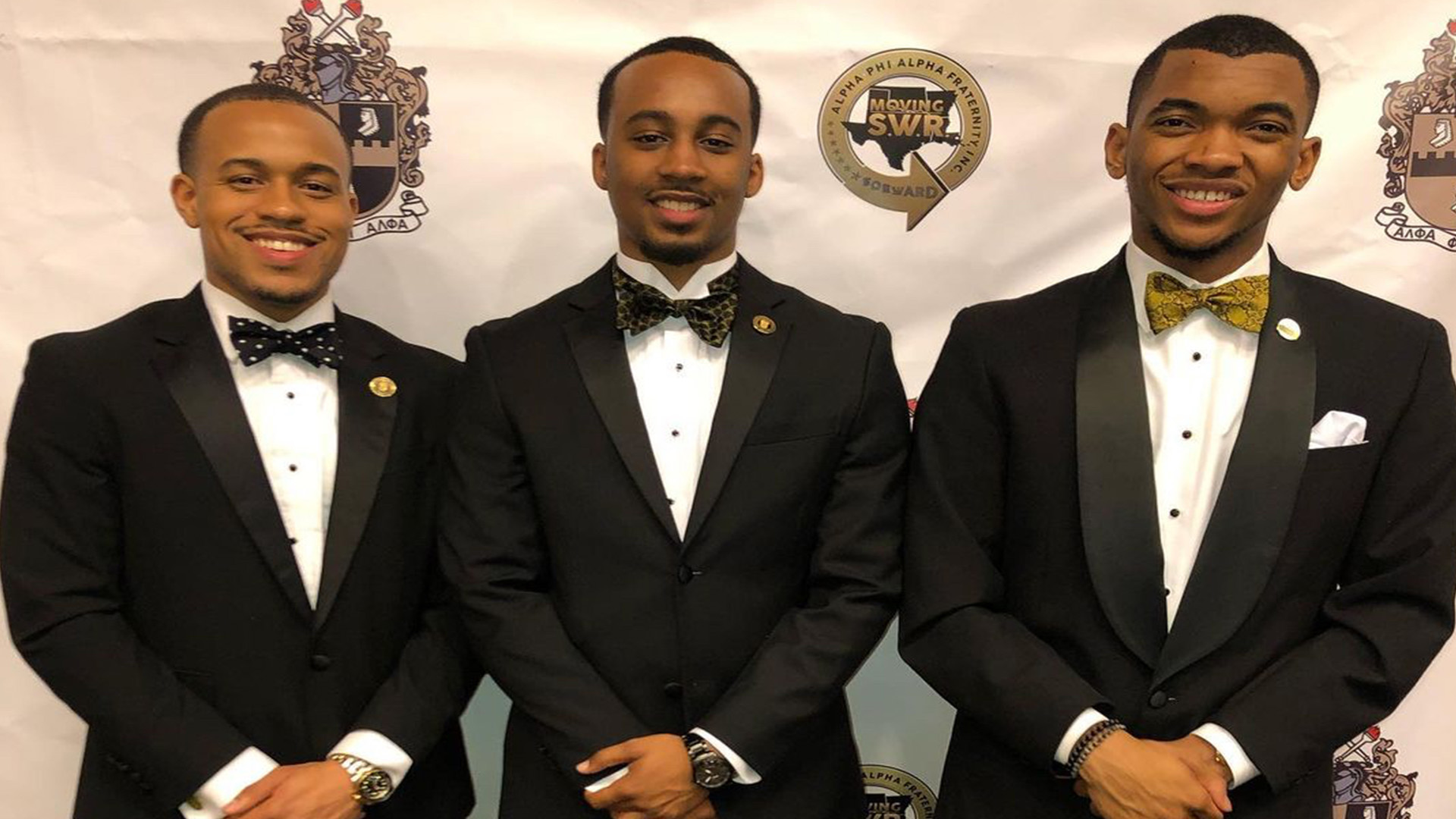 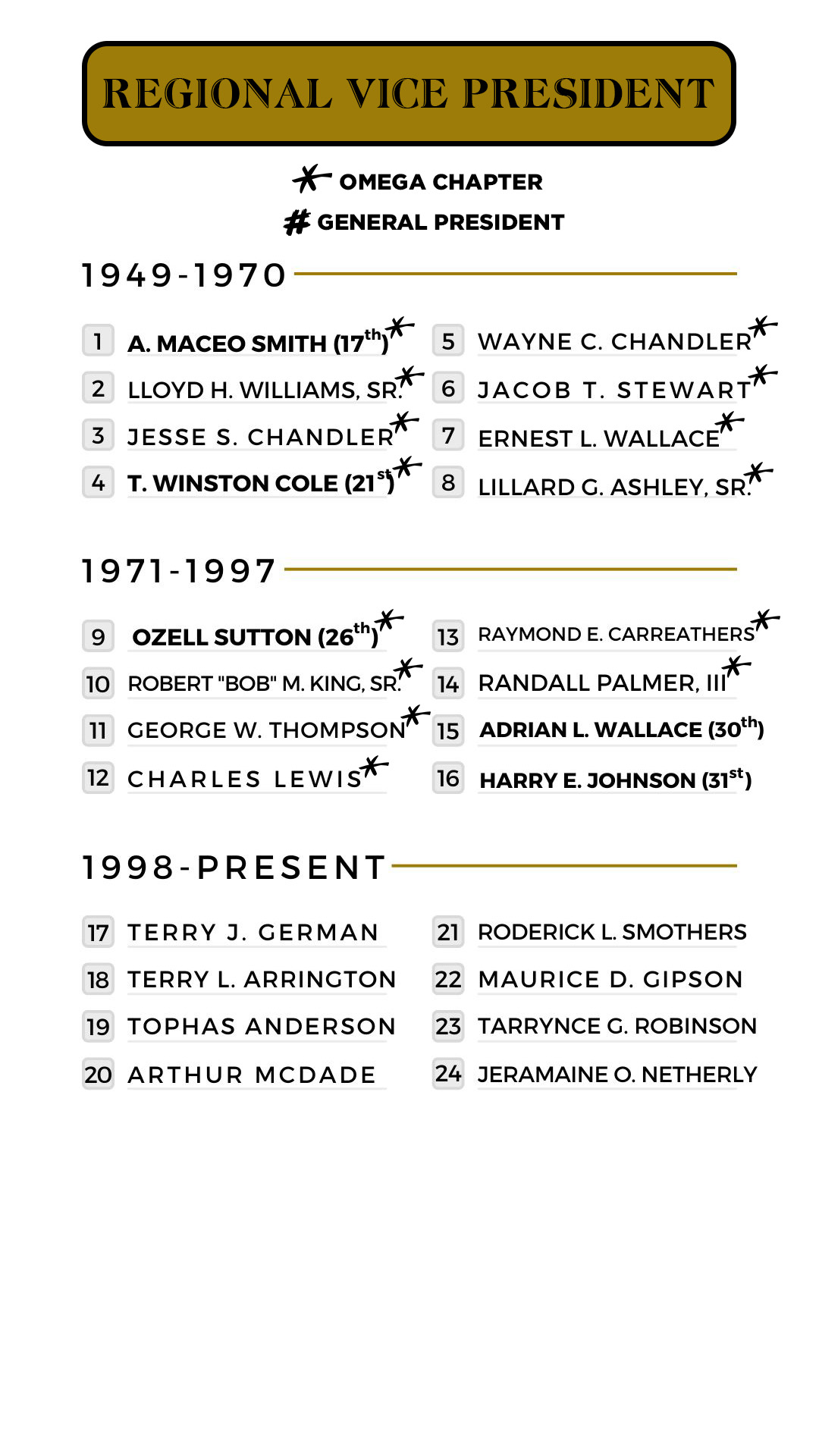